The Future of the Paris Agreement This report summarises the talk by Prof Daniel Bodansky from Arizona State University on 14 May 2018. It was organised by the Hong Kong University of Science and Technology’s Institute for the Environment (IENV), supported by Civic Exchange.

The 2015 Paris Agreement was hailed as the “world’s greatest diplomatic success” and a “big, big deal.” However, it is still very much a work in progress. Whether it ultimately proves successful in preventing dangerous climate change remains uncertain. The emission reduction pledges made in Paris fall well short of putting the world on a pathway to keeping global warming to well below 2°C, the ostensible goal of the Paris Agreement, and whether parties will come forward with more ambitious pledges in 2020, for the next pledging cycle, is an open question. President Trump has threatened to pull the United States out of the Agreement. And, the rules for how the Paris Agreement will work are still being negotiated.

The upcoming conference this December in Katowice, Poland, will be crucial for keeping the Paris Agreement on track both because (1) the Paris “rulebook” is scheduled to be adopted there, and (2) the conference will conclude the so-called “Talanoa Dialogue”, to take stock of collective progress in order to inform the next round of national pledges. The Katowice conference, known as the 24th session of the Conference of the Parties (COP24), will also consider the IPCC special report on how to keep temperature increase to no more than 1.5°C above the pre-industrial levels.

A number of factors, however, cloud the outlook for COP24:

In this seminar, Prof Daniel Bodansky previewed the conference in light of these issues. 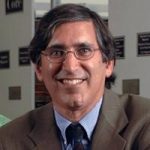 Prof Daniel Bodansky is Regents’ Professor at the Sandra Day O’Connor College of Law at Arizona State University. He formerly served as Climate Change Coordinator at the US Department of State and facilitates thought leadership among senior climate change negotiators convened by the Center for Climate and Energy Solutions, an independent, non-partisan, Washington-based, NGO.
Prof Bodansky’s book, International Climate Change Law, (co-authored with Jutta Brunnée and Layanya Rajamani) (Oxford University Press, 2017) has been awarded the American Society of International Law’s 2018 Certificate of Merit for the best book published in 2017 in a specialised area of international law.